Fibonacci retracements come from the ratios between the numbers in the Fibonacci sequence. It is a very popular numerical series that appears with regularity in various natural world situations and in mathematics. The primary Fibonacci numbers are essential to accurately gauge price action and to identify support and resistance levels that provide potential trade opportunities.

The most significant Fibonacci retracement percentages are 38.2 percent, 61.8 percent and 76.4 percent. Most trading platforms contain an automatic Fibonacci retracement drawing tool. Although price action often exceeds the exact price action level where the Fibonacci point, it is very common for reversals to occur shortly after. Sometimes several price bars of consolidation are required before changing trend direction, while in other instances, 2 or 3 price bars are enough to completely reverse and validate the new trend. The 61.8 percent is probably the most popular Fibonacci retracement percentage that is used by technicians. 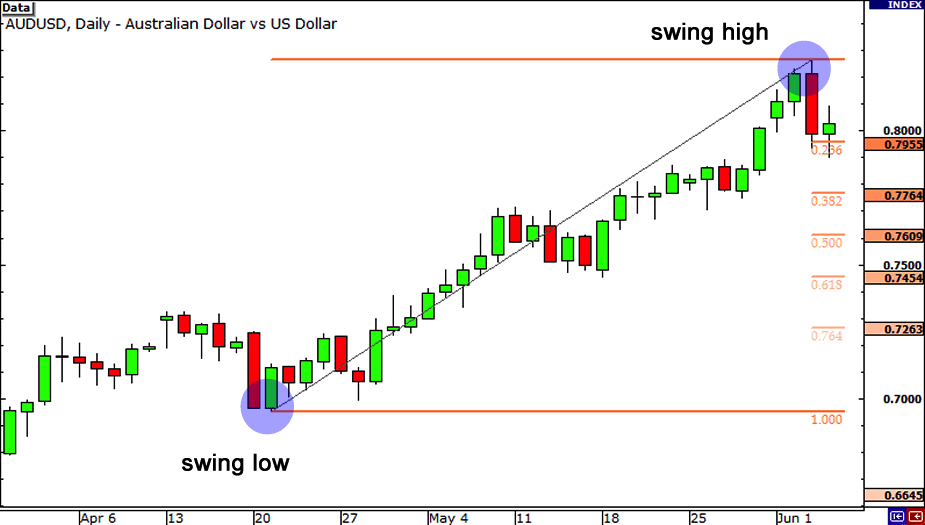 How to Use Fibonacci Sequence?

The ratios that are used in Forex trading utilize this ‘Golden Number’ and also use the additional stages of this ratio. These additional stages are 23.2%, 38.2%, 50.0 % and 61.8%. 0.0% is the reference of the low of a move while the end of the move is identified as 100.0%. By using such levels in Forex, traders are able to project price contractions and extensions inside the market. Here are some general facts needed to know when using the Fibonacci strategy in Forex trading:

The two types of Fibonacci traces are Fibonacci Retracements and Fibonacci Profit Targets.

How to Use Forex Pivot Points?

How to Trade Forex Breakouts and Fakeouts?

5 Side Hustles to Earn Money Using the Internet

Can’t Grow Your Income? Get Thrifty With These 10 Tips